How to Remove Limescale from House? DIY or Water Softener?

Limescale is a natural by-product of hard water. In hard water, there is a large concentration of minerals such as calcium and magnesium. When this water evaporates, it leaves behind these mineral deposits – this is the white or green crust that comes to mind when we think of limescale.

Limescale deposits can be found inside hot water pipes or water heaters due to the hard water running through them.

Keeping limescale at bay is a constant battle and it can build up very quickly if not immediately addressed. It becomes hard, thick and a challenge to remove.

In this blog, we explore the options to remove limescale from the house and prevent it from coming back.

Why do you need to remove limescale?

The main reason why you’ll want to remove limescale is because of the impact it has on your wallet.

Appliances and kitchen items that operate with hard water and heat it up, such as your kettle, your washing machine, your dishwasher, your coffee maker, and even your pots and pans are all prime victims of limescale buildup.

Limescale reduces the efficiency and life span of your appliances, meaning you’ll find yourself frequently replacing items. This is particularly true for showerheads, which can easily become clogged through limescale build-up, leading to infuriatingly reduced water pressure.

These blockages will further hurt your pocket by increasing the amount of energy needed to reach the required heat and pressure. Limescale has also been known to damage the seals of taps which, over time, will result in leaks, costing you the bill of hiring a plumber.

Not only this, but limescale can ultimately devalue your property by spoiling the overall look of your home’s fittings. In some cases, it can cause irreversible damage to chrome fittings where chrome has peeled away under the strain of the tough substance.

Remember that the longer you leave limescale the more it will build up and become increasingly difficult to remove.

How to get rid of limescale buildup in the house?

Internet is full of several ways to remove limescale buildup from appliances, taps, fixtures, showers and much more.

We have compiled all those methods into 4 categories which are:

Scientifically, limescale dissolves in an acidic medium. Acidic liquids commonly found in homes such as lemon juice or vinegar can be used in combination with soda bicarbonate to work well on fixtures or appliances.

Make up a spray bottle of half white vinegar and half water, and use it regularly as you would a general bathroom cleaning spray on tiles, basins, baths, showers and taps to keep limescale at bay. Always rinse thoroughly with plain water afterwards.

Over time, the chalky white or green build-up of limestone surrounding your faucets can become difficult to remove if it is not regularly cleaned. In such cases, the vinegar/lemon solution would not be as effective as it should be.

Furthermore, this method only works on external surfaces with a thin layer of limescale deposit. For limescale that has been building internally in the pipes over the years cannot be removed with this method.

The ion exchange process involves the exchange of the hardness minerals in the water, chiefly calcium and magnesium, for sodium minerals.

The exchange is possible because the minerals are ionic, which means they have an electrical charge. The ion exchange process is based on the fact that like charges repel one another and opposite charges attract.

Ion exchange water softeners work on the principle that the sodium ions in the resin bed will be displaced by the magnesium and calcium ions because they are positively charged.

A reverse osmosis system uses a semi-permeable membrane with tiny holes to push water and remove impurities such as calcium, magnesium, chlorine, heavy metals, organic matter, sediments and other contaminants.

RO systems deliver pure water which can be ideally used in kettles, cooking, baking and other drinking water applications.

It is critical to note that a reverse osmosis system works to remove hardness only to an extent. If you live in a hard water area with high mineral content, a RO system can quickly clog up and may require frequent membrane replacements.

These are magical magnets sold in hardware stores and on social media that claim to soften the water with the magnetic force. Lab testing of these devices has generally shown that they don’t work.

It’s obviously in the manufacturer’s interest to make these claims, but let’s suppose that, in the last year, a manufacturer has sold a thousand of these devices and they get one testimonial which says how fantastic it is, another ten testimonials that say that doesn’t work. In that case, they can offer ten refunds. They have still made quite a lot of money and they can publish that one nice testimonial.

It is important not to fall prey to any of these scale inhibitors as they simply are not capable to soften the water.

Softening the water at the point it enters your home is the only long-term, hassle-free and permanent way to eradicating limescale. If you live in a hard water area, the most economical solution is to soften water even before it enters the pipes. 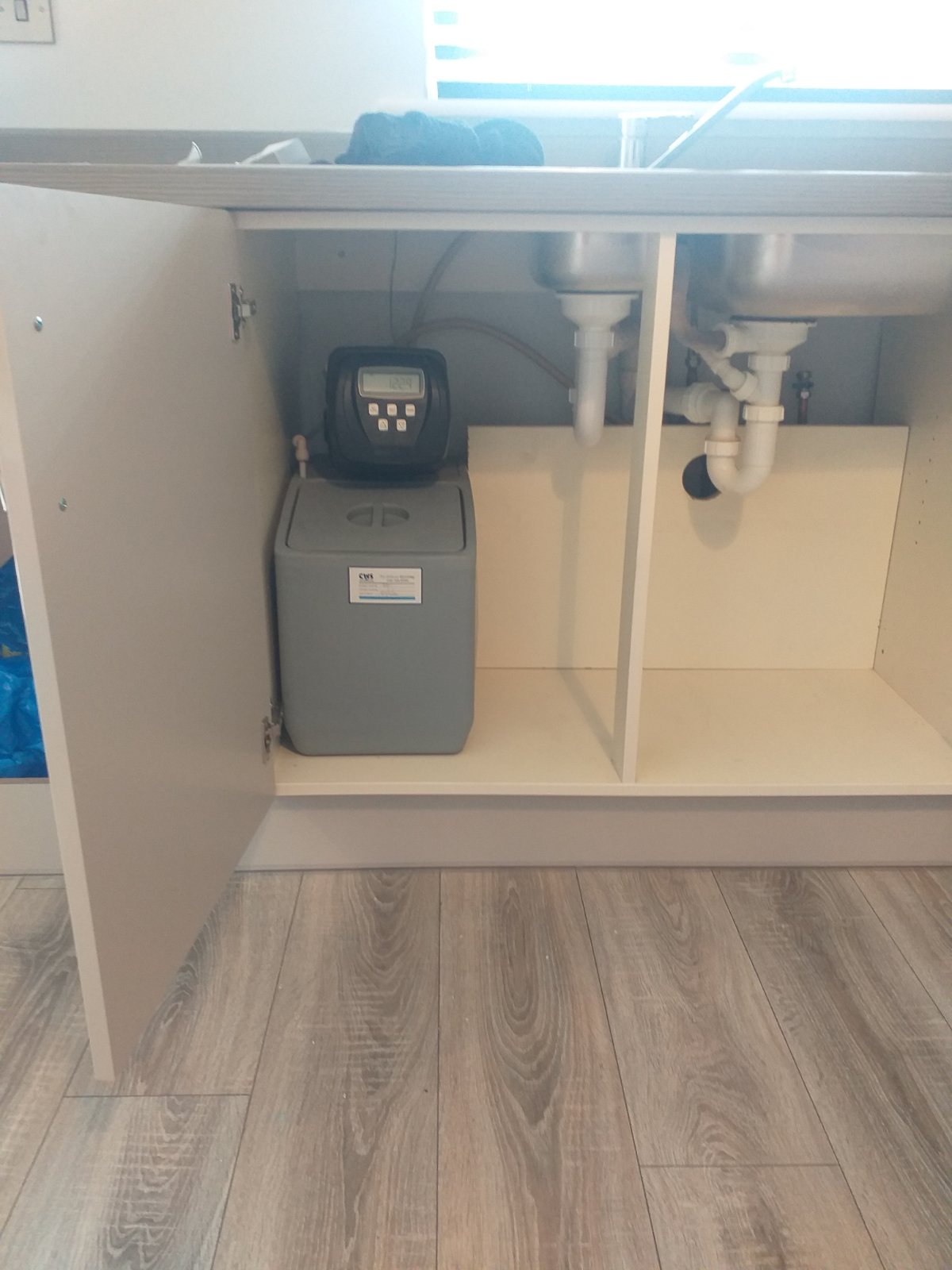 A CWS Water Softener not only protects a home from the damaging effects of hard water but also removes the existing limescale that has been building over the years in the pipework.

Investing in a CWS Water Softener offers many benefits from reducing limescale buildup to reducing skin problems and saving you from scrubbing your bathtub.

For more information on our CWS Water Softener, get in touch with our team of water experts.

Speak to an Expert


RECENT POSTS
Discontinuation Notification: Legionella Control
Water Softener Maintenance – 5 Practical Tips to Prolong its Life
CWS Clack Water Softener – A Must Have For Your New Build Home
CWS Celebrates Its 20th Anniversary
How Does Heavy Rain Affect the Water Quality from a Well?