Think about the number of times you boil a kettle and how much time you spend waiting for that kettle to boil. Once you discover the advantages of boiling water taps, you’ll never want to go back to kettles anymore.

Not only can the boiling tap make tea and coffee in an instant, but it also saves precious kitchen space and it can save you money in the long run – at the same time as being an effortlessly stylish addition to the home.

Our boiling taps will quite literally change the way you use the heart of the home. Revolutionise the way you cook food, make your favourite hot beverages and wave goodbye to kettles.

Our boiling water taps are available with standard hot and cold water, so you don’t need to worry about space for a separate tap. 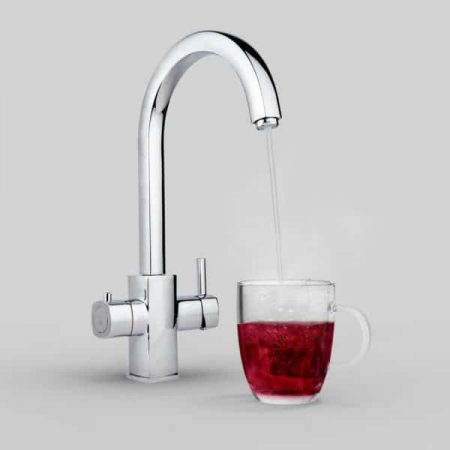 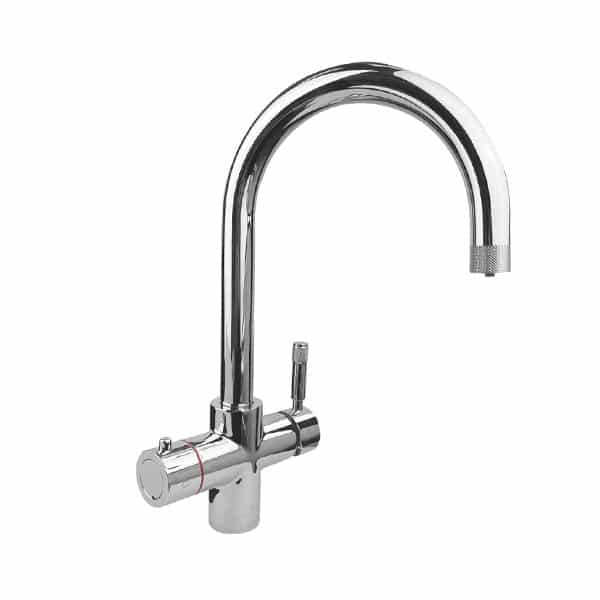 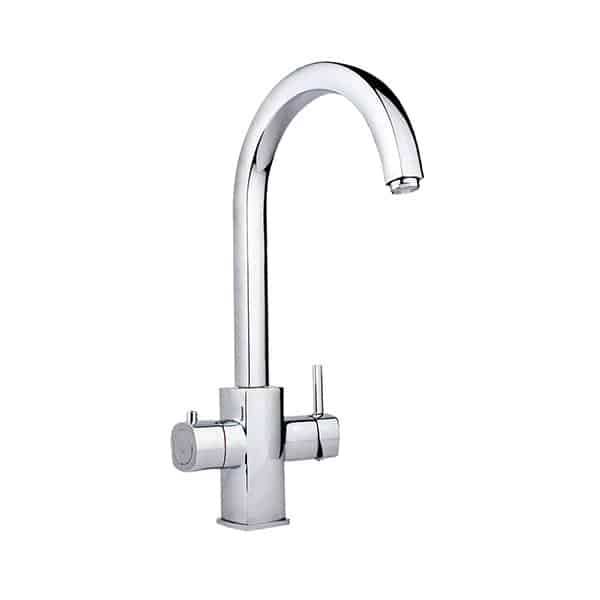 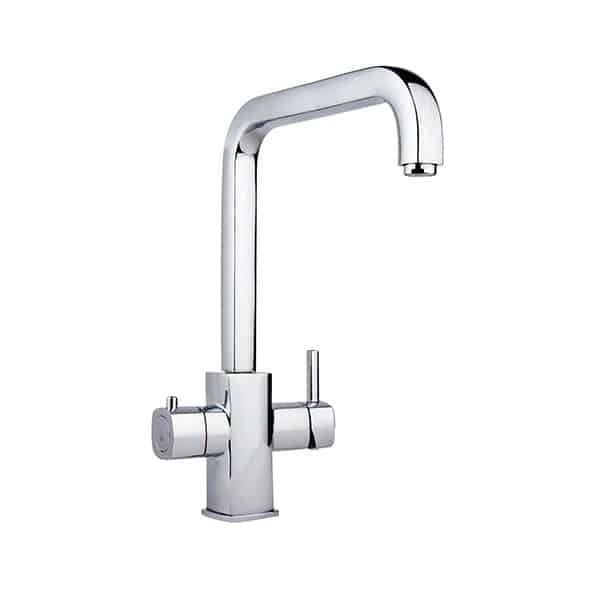 Enjoy an exceptional taste experience with filtered boiling water. A must-have for those who enjoy cooking as well as those avid tea and coffee drinkers.

Use boiling tap to prepare everything from hot beverages, soups, and instant noodles to bringing pans of water for pasta, rice and vegetables to a quick boil.

Sterilizing containers, degreasing messy tins and filling up hot water bottles would be a piece of cake.

Combine your boiling water tap with a water filter and enjoy the best quality water possible without any fuss. 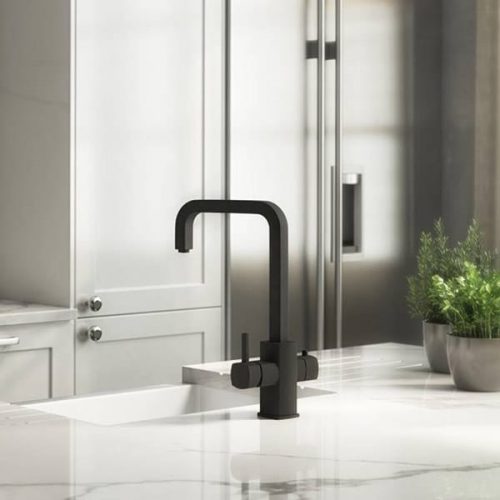 Just think of many times you re-boil a kettle. Boiling water taps can improve the practicality of your kitchen allowing you to set the water temperature as high as 98°C.

Our boiling taps dispense hot water instantly, so there’s no need to boil a kettle. Boiled water is stored in a hot insulated tank under the kitchen sink that requires a minimum of energy to maintain the temperature.

The cost of using a boiling water tap is just 4.5 cents per day. This could save a ton of money in the long term, particularly for those who regularly boil their kettles.

Unfortunately, kettles continue to be the cause of many accidents in the kitchen. Tragically, the victims of these accidents are most often small children below the age of 5.

Safety is paramount in a family kitchen, that’s why all our boiling water taps feature Child-Safe Spring Lock to ensure you can’t accidentally turn on the boiling water when you are just wanting to use the cold water. 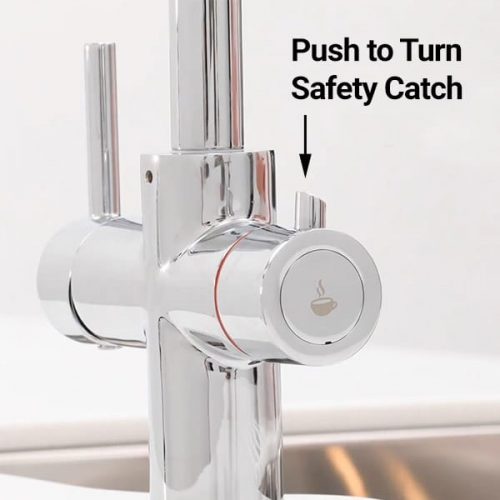 How do the boiling water taps work?

Your new tap is plumbed into a compact brushed stainless steel 2.4 Litre Boiler Tank, that usually fits neatly under the sink. Cold water from your mains is filtered into the tank, which is then boiled and stored in the tank to your set temperature. When you turn your tap on to use the boiling water, it can then be delivered instantaneously.

All our boiling water taps come with double spring-loaded, redundancy locks, meaning the boiling water tap can’t be left running without holding the lever in position. As soon as you release it, the water shuts off, so you can’t leave the water running without your control. They are also heavily insulated, so the metal does not get hot to the touch.

In addition, boiling water taps have reduced pressure which prevents the hot water from splashing or spitting when in use.

Each boiling unit comes pre-programmed with "safe-modes" meaning if for whatever reason your water supply should shut off, your system will react and prevent any overheating.

Is a Culligan Tap compatible with my existing sink & worktop?

All our boiling taps require an industry-standard 35mm hole for installation. Compatible with Belfast sinks and up to 30mm thick worktops, our taps are one of the most versatile boiling water taps available on the market today.

How much does a boiling water tap cost to run?

Boiling water taps are economical and energy-efficient when compared to using a standard kettle – saving energy, water and money. So much water and energy are wasted by using a kettle daily especially if you pour out old pre-boiled water to re-fill the kettle before boiling again.

In contrast, our boiling water taps cost just 4.5 c to run per day! Most of us also tend to overfill our kettle, or even boil it twice if we have forgotten about it. This leads to lots of wasted energy and water. Instant boiling water tap solves this problem, allowing you to use just as much as you need - making them more energy efficient, too.

How hot are boiling water taps?

The highest temperature our boiling water tap will go is 98.9°C.

How long does it take to reheat?

If only one or two cups are drawn off the tap the heater will be back up to the maximum temperature in under a minute. If fully drawn down it normally takes 4 minutes to get back to maximum temperature. From new or being turned off allow 7-8 minutes. The temperature of the mains water will affect the reheat time.

Should I turn them off when not in use?

We advise you not to turn them off as it costs more to heat up water from cold than keep boiling water hot. The unit is designed to be on constantly to give you instant boiling water when you require it.

Do boiling water taps come with a warranty?

Culligan boiling water taps offer the highest quality at very affordable prices allowing you to have a luxury kitchen and no clutter.

We offer a 2-year warranty on the tap and boiler tank from the date of purchase.

Can I use a boiling water tap in a hard water area?

Yes, it can be used in a hard water area. The carbon pure filter works to reduce limescale deposits on the heating element of the boiler unit. However, for best results, the boiling water tap should be installed with a water softener that will eliminate limescale from throughout the house.

Need more information or are you looking to get a quote? Contact our team of experts now.